Markle works to address previously intractable public problems for the
economic security, health, and national security of all Americans.

Today, as advanced technology and automation are changing the very nature of work, Markle’s priority is advancing solutions toward a labor market that will enable workers in America to move into good jobs in the digital economy.

Most recently, Markle formed the Rework America Alliance, a nationwide collaboration to enable unemployed and workers from low wage roles to move into good jobs.  The Alliance aims to help millions of workers, regardless of formal education – particularly people of color who have been disproportionately impacted by the crisis – move into good jobs in the digital economy by accelerating the development of an effective system of worker training aligned to jobs that employers will need to fill.

Learn About the Rework America Alliance 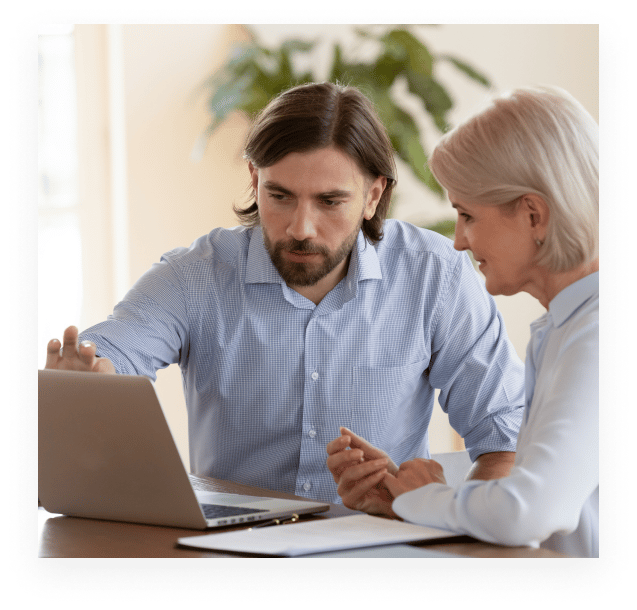 Markle’s focus is to advance solutions toward a labor market that will enable all workers to move into good jobs in the digital economy. This includes a focus on expanding new jobs in evolving sectors, such as those impacted by emerging technologies, and working to provide that as these new roles are developed, they are good jobs that allow for economic mobility and advancement for individuals of all races and ethnicity, gender, experience, and education.

The Rework America Alliance builds on Markle’s previous work in this field. In 2013, Markle launched its Rework America initiative to help workers have greater market power and a stronger voice in decisions that impact their lives. Initially, the Rework America Task Force focused on how to create more good jobs and how to prepare people for them. The Task Force published the Norton press book America’s Moment in 2015.

History of Impact and Leadership

Prior to Markle’s focus on employment and training, when Zoë Baird first became Markle president in 1998 as the internet was poised to become mainstream, she and the Markle Board of Directors redirected Markle’s mission to focus on the potential of information technology to address some of the Nation’s most pressing challenges, focusing on economic security, national security and health care.

Early on, Markle pursued policies that protect privacy and provide transparency, non-profit representation in internet governance, and voice for the disenfranchised. It was one of the first organizations to undertake efforts to avoid a digital divide, and in 2000 organized the first large scale effort to provide voters with information over the internet through its WebWhiteandBlue initiative.

During the next decade, Markle focused on advancing national security and the quality of healthcare in the United States. It proposed bold reforms on government policy and technology architecture for information exchange while protecting privacy — reforms that transformed both these fields. Many of Markle’s recommended reforms were embodied in sweeping national security and health care laws and in a range of actions at the federal, state and local level.

Under Ms Baird’s leadership as CEO and President of Markle, the foundation’s current priority is advancing solutions toward a labor market that will enable workers in America to move into good jobs in the digital economy.

Since its inception in 1927 by John and Mary R. Markle, the Foundation has worked “to promote the advancement and diffusion of knowledge among people of the United States, and to promote the general good of mankind.” During its early years, Markle led the expansion of talent in academic medicine, and later focused on developing and using communication and information to enhance lifelong learning and to promote an informed citizenry. While Markle’s work has evolved through the years, its mission to meet the needs of the American people has endured.

Read More About Our Impact

John and Mary R. Markle established the Markle Foundation in 1927 “to promote the advancement and diffusion of knowledge among people of the United States, and to promote the general good of mankind.” Our mission has evolved over the past century to our present day focus on working to realize the potential of information technology to address previously intractable public problems, for the health and security of all Americans.

John Markle was an inventor, industrialist, and financier who established the John and Mary Markle Foundation in 1927 with an initial endowment of $3 million “to promote the advancement and diffusion of knowledge awho has funds beyond those needed for living becomes “a trustee for his fellow man and should so use those funds.” He served as president and treasurer of the Foundation until his death in 1933. John Markle’s total financial contribution to the Foundation exceeded $17 million. (b. 1858 – 1933)

Mary Estelle Robinson Markle was a generous supporter of several New York City charities, in particular those whose work benefitted impoverished women. She was widely recognized as John Markle’s inspiration for the establishment of the Foundation, the first American institution of its kind to name both husband and wife as partners. This move, considered revolutionary for their times, affirmed the Markles’ belief that the integration of a couple’s financial and social interests can impel the important societal changes needed to serve the greater good. (b. 1853 – 1927)

JP Morgan Jr. whose family’s great wealth was as legendary as their long tradition of philanthropic service, was a member of the very first Markle board of directors. He succeeded John Markle as president in 1933. Soon after, Morgan began sharpening the focus of Markle’s original vision of “advancing the diffusion of knowledge,” leading the Foundation to provide financial support to individuals and institutions dedicated to serving the general good of mankind through their work in the field of medicine. Morgan served as president until 1942. (b. 1867 – 1943)

Thomas William Lamont was a banker, diplomat, and philanthropist who was a presidential advisor to Woodrow Wilson during World War I and to Herbert Hoover during the Great Depression. He succeeded JP Morgan Jr. as president of Markle in 1942, and served in this capacity until 1947. He continued the work and vision of his predecessors by overseeing grant-making efforts that helped to promote advancement in medical science through research and academic excellence. (b. 1870 – 1948)

George Whitney was a banker and financier who took up the reins as Markle’s president after the death of Thomas Lamont. He further refined the Foundation’s mission to support advancements in medicine by instituting programs that focused more specifically on cultivating a new generation of leaders in academic medicine. He enjoyed his hands-on role in the selection of Markle Scholars, engaging with the nominees personally and fostering the spirit of collaboration that would become a hallmark of the Markle tradition. Whitney served as president of Markle from 1948 to 1959, and as chairman from 1960 to 1963. (b. 1885 – 1963)

John McFarlane Russell became Markle’s first executive director in 1946, serving under the presidencies of Thomas Lamont and George Whitney. In 1948, Russell launched the Markle Scholars-in-Medicine Program, through which 506 gifted practitioners from 91 medical schools around the country received more than $16 million in grants to encourage growth and strengthen the field of academic medicine. Russell was appointed president of Markle in 1960, and served in this capacity until 1969. (b. 1903 – 1986)

Lloyd N. Morrisett sought a new direction for John and Mary Markle’s original vision of “promoting the advancement and diffusion of knowledge,” and found it at the dawn of the Information Age. As a former vice president of the Carnegie Foundation for the Advancement of Teaching and one of the founding members of the Children’s Television Workshop, which revolutionized educational programming with such milestone creations as Sesame Street, he began his tenure at Markle by initiating a program to advance the use of communications technologies to promote early childhood education, lifelong learning, and the ongoing cultivation of an informed citizenry. Morrisett served as president of the Foundation from 1969 to 1998. (b. 1929 – 2023)

Zoë Baird, CEO and President of the Markle Foundation, has had a diverse career in law, government, technology, and business. At Markle since 1998, she has led broad collaborations to drive transformative change for the economic security, health, and national security of all Americans. She currently leads Rework America, the Markle Economic Future Initiative that is pursuing opportunities for all Americans to participate in the economy of the future. Previously, she directed Markle’s efforts to use information technology to reform the intelligence community to meet current threats, and to drive improvements in the quality and cost-effectiveness of health care, work that led to passage of major federal laws and transformation of business practice. (b. 1952 – Present)

Beth F. Cobert, Acting President of the Markle Foundation leads Markle’s Rework America Alliance, a unique partnership of civil rights organizations, nonprofits, private sector employers, labor unions, educators, and others working to open opportunities for millions of people from low-wage roles to move into good jobs with opportunities for career advancement. The focus of the Alliance is to provide help for people who have built capabilities through experience but do not have a bachelor’s degree – particularly people of color and others facing systemic barriers in the labor market.